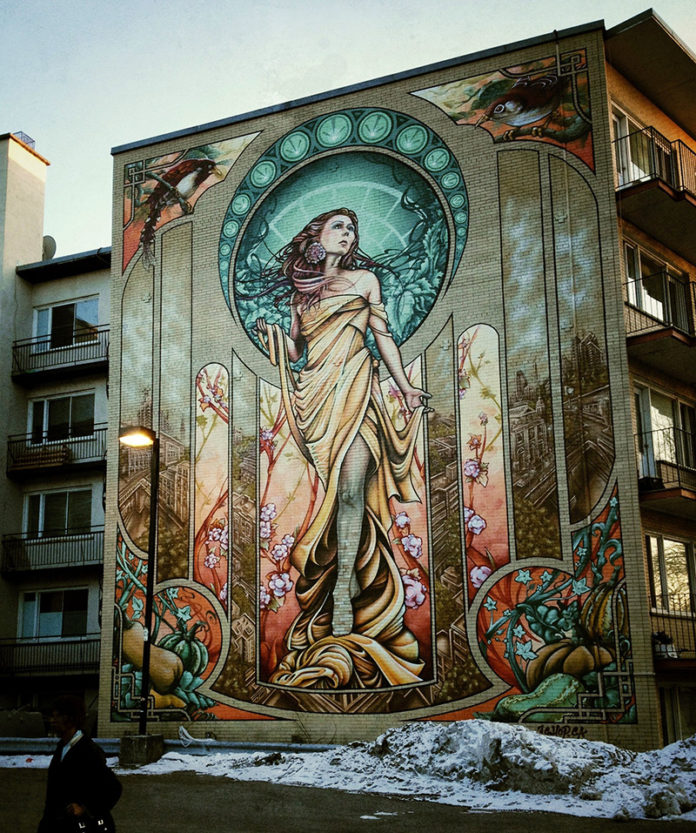 Known as the “N.D.G. Project” (after its location), the giant graffiti artwork is a modern take on “Our Lady of Grace” and was inspired by the work of Czech art nouveau painter Alphonse Mucha. 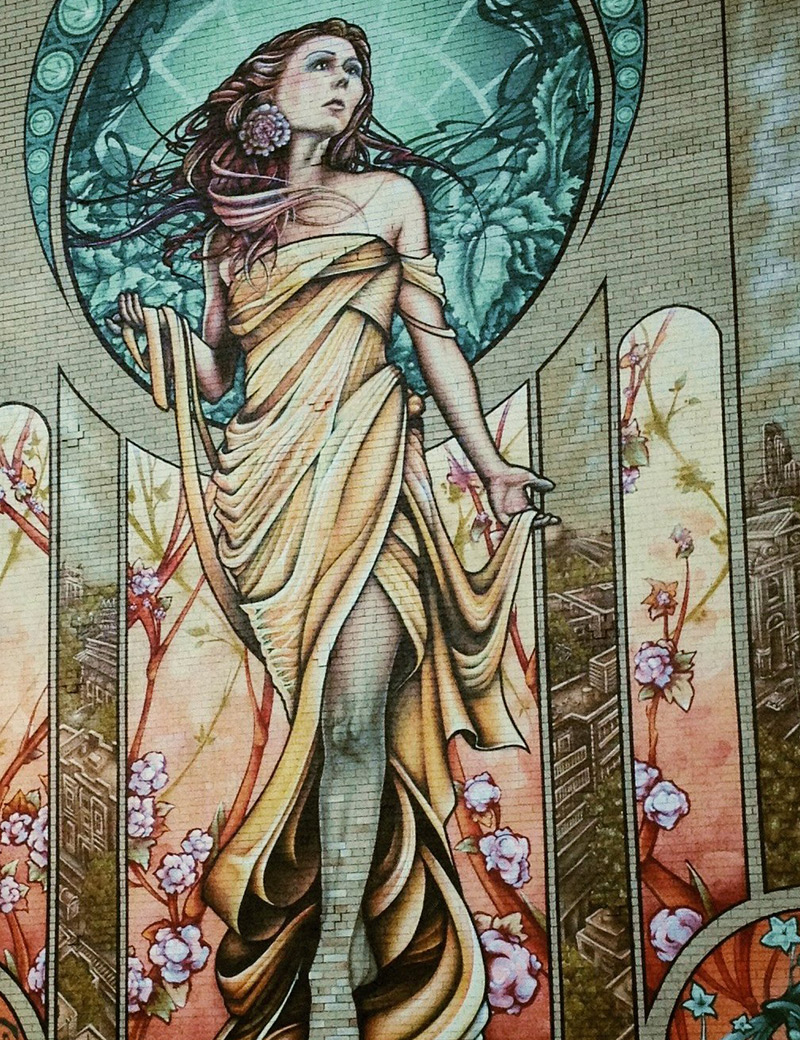 To finish their masterpiece, the boys from A’shop used over 500 cans of paint, in over 50 different colors. Good thing the art project was sponsored by the city of Montreal or that could have caused a serious dent in their budget. 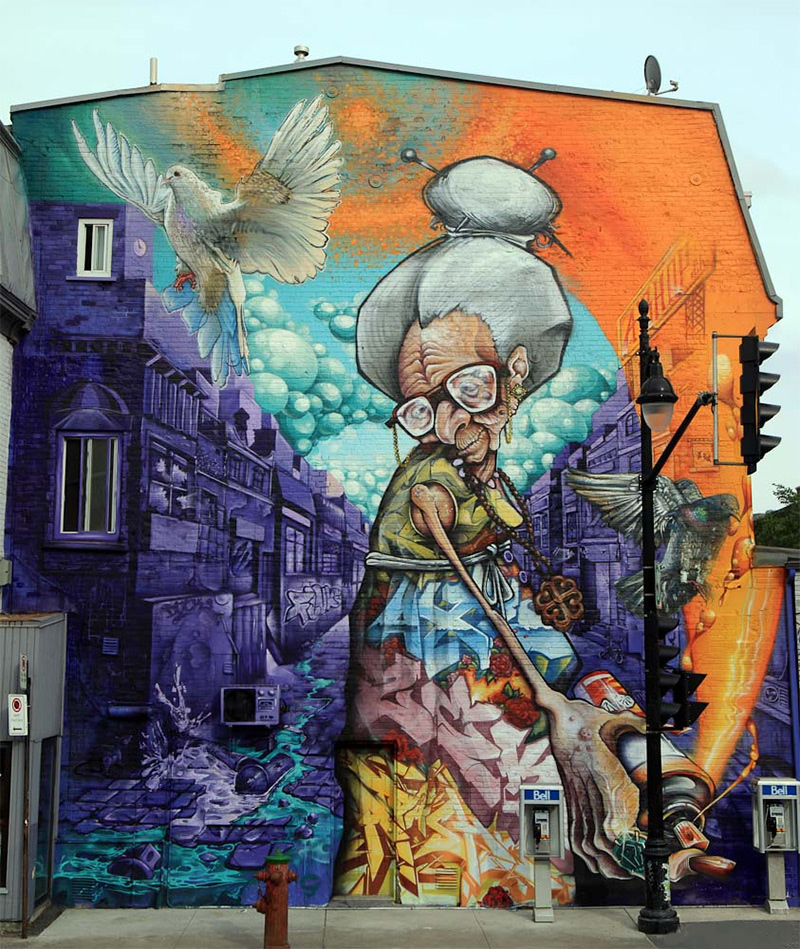 “The main thing that struck us was the public’s reaction while we were painting the mural. Some people gave us the cold shoulder at first, thinking we were painting an ad. Then when they realized we were reviving an old wall with a mural, they came back to see us every day. That really fueled us. Within days we had the whole community involved. People invited us for lunch and the Jamaicans at the local barber shop were giving us high-fives!” 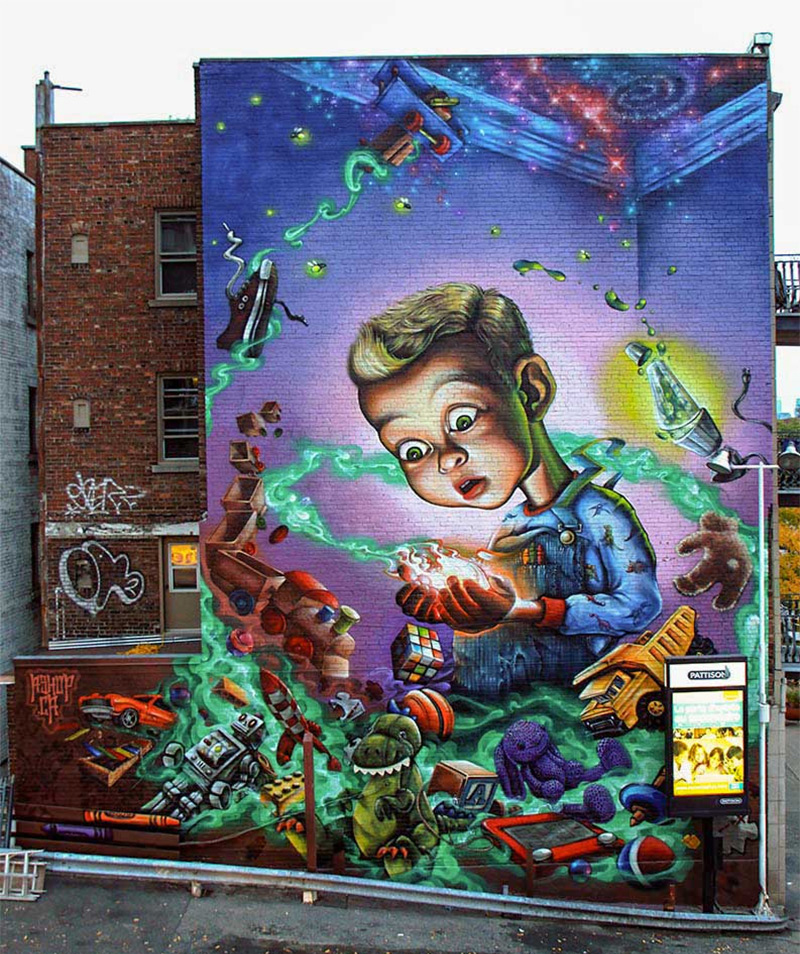 A’shop member Fluke told the Montreal Gazette. He added that the group hopes the N.D.G. project inspires other Montreal neighborhoods to adopt murals of their own because the Canadian city has way too much gray and its architecture is perfect for a wide-scale mural campaign.

The main objective of ArtistRealm is to democratize and popularize culture and the arts, making them accessible to everyone regardless of their socioeconomic background, nationality, age, gender, creed, or beliefs.
Contact us: [email protected]
© ArtistRealm | Dedicated to the Arts