Dutch studio MVRDV has built a colorful, futuristic hotel, made up of nine rooms that can be moved into different configurations.

On show in Eindhoven for Dutch Design Week 2017, (W)ego is a concept for accommodation that can adapt to the different needs of any future inhabitants – whether they be families, students or refugees.

Each colorful room is designed to suit a different occupant. They include a vibrant purple space lined with shelves, an acid-green section containing ladders and hammocks, a hot-pink multi-level suite and a bright yellow attic space. 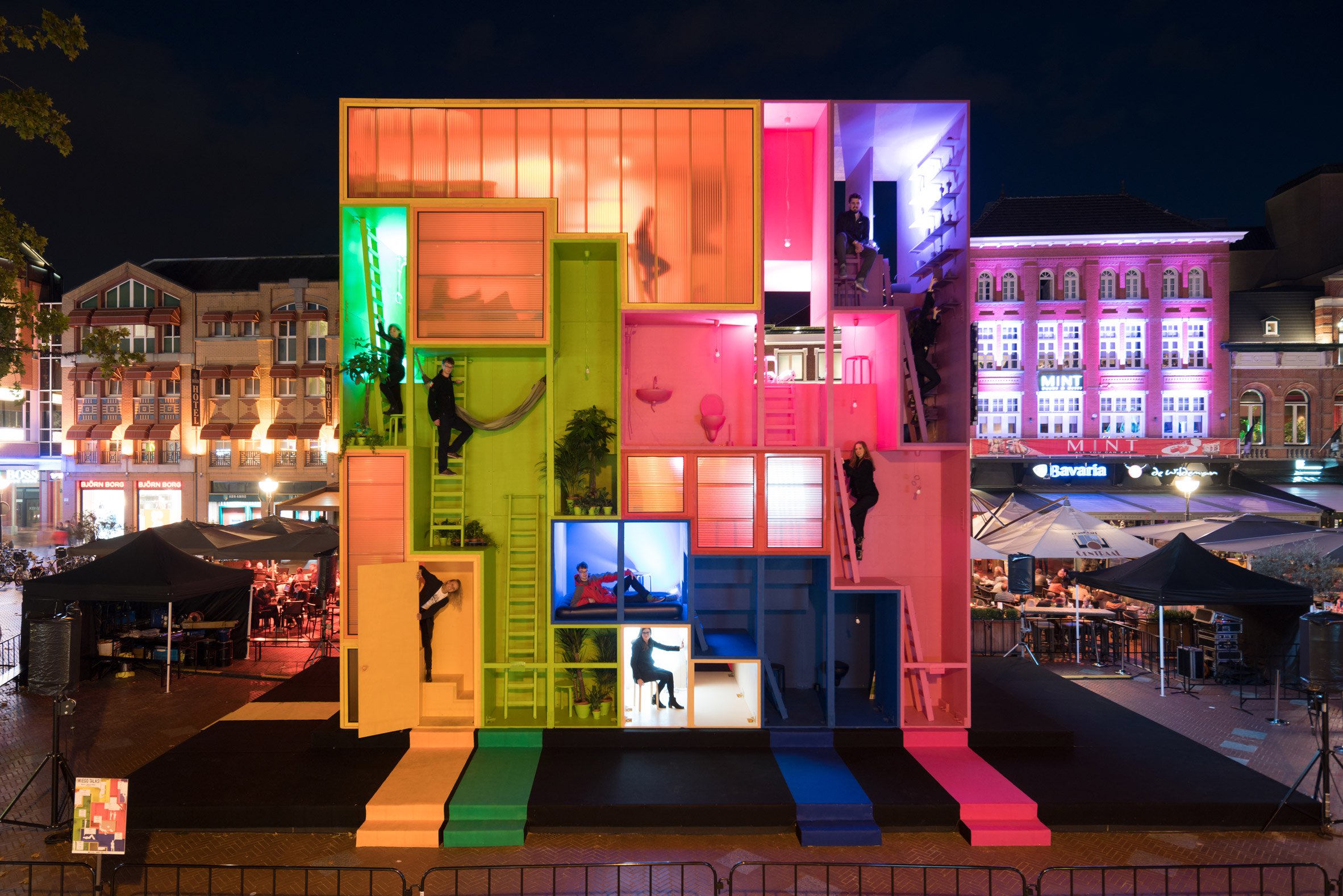 MVRDV developed the project in collaboration with The Why Factory, the firm’s in-house research lab. It forms part of an exploration into how cities will develop in the future, in the face of issues such as climate change, declining resources, and rapid population growth. 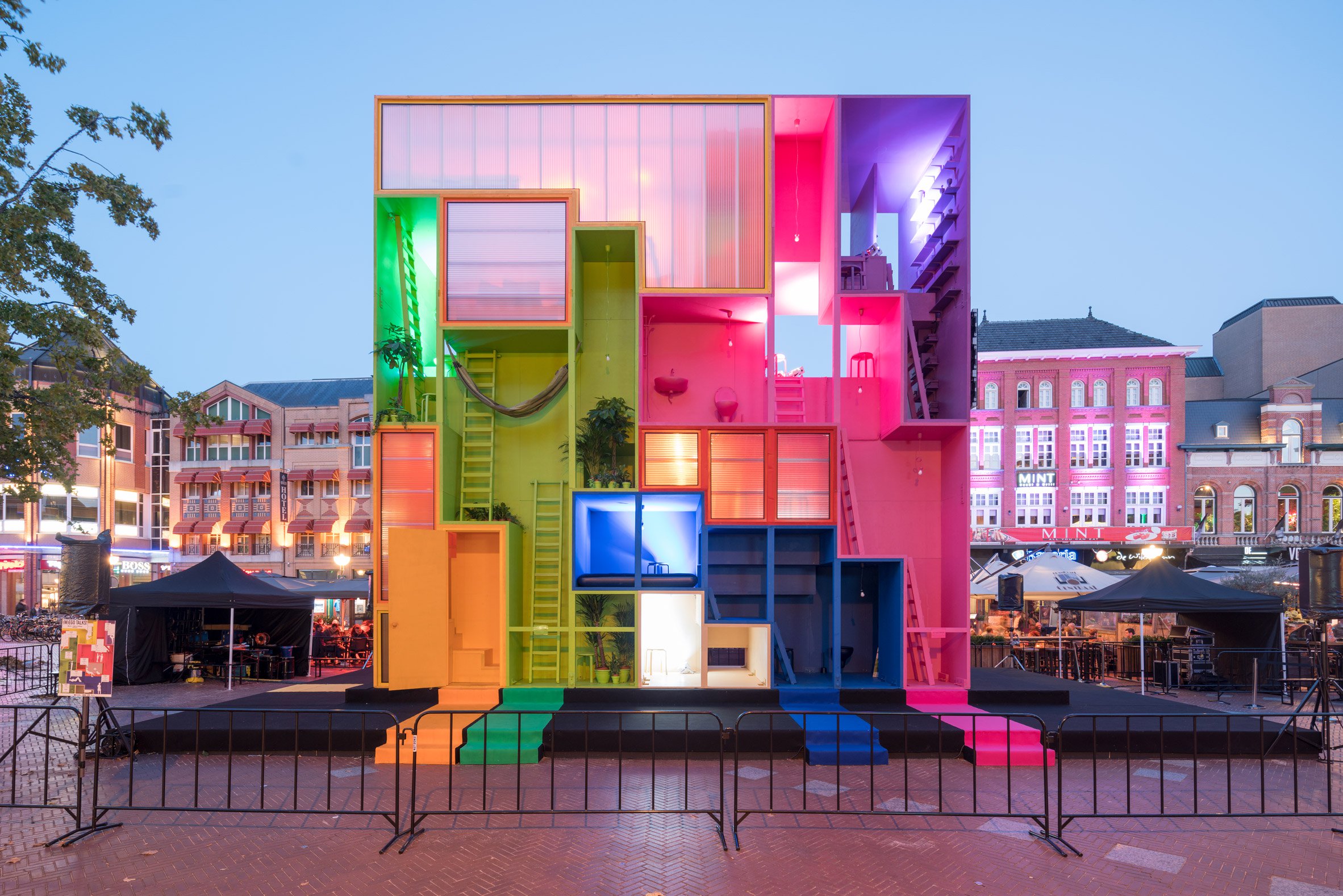 The designers describe (W)ego as a hotel, where guests have to confront and negotiate the dream spaces of other occupants.

“Based on the hypothesis that the maximum density could be equal to the maximum of desires, this research conducted by the Why Factory explores the potentials of negotiation in dense context,” said MVRDV co-founder Winy Maas, who is one of Dutch Design Week’s three ambassadors.

“Through gaming and other tools, (W)ego explores participatory design processes to model the competing desires and egos of each resident in the fairest possible way.” 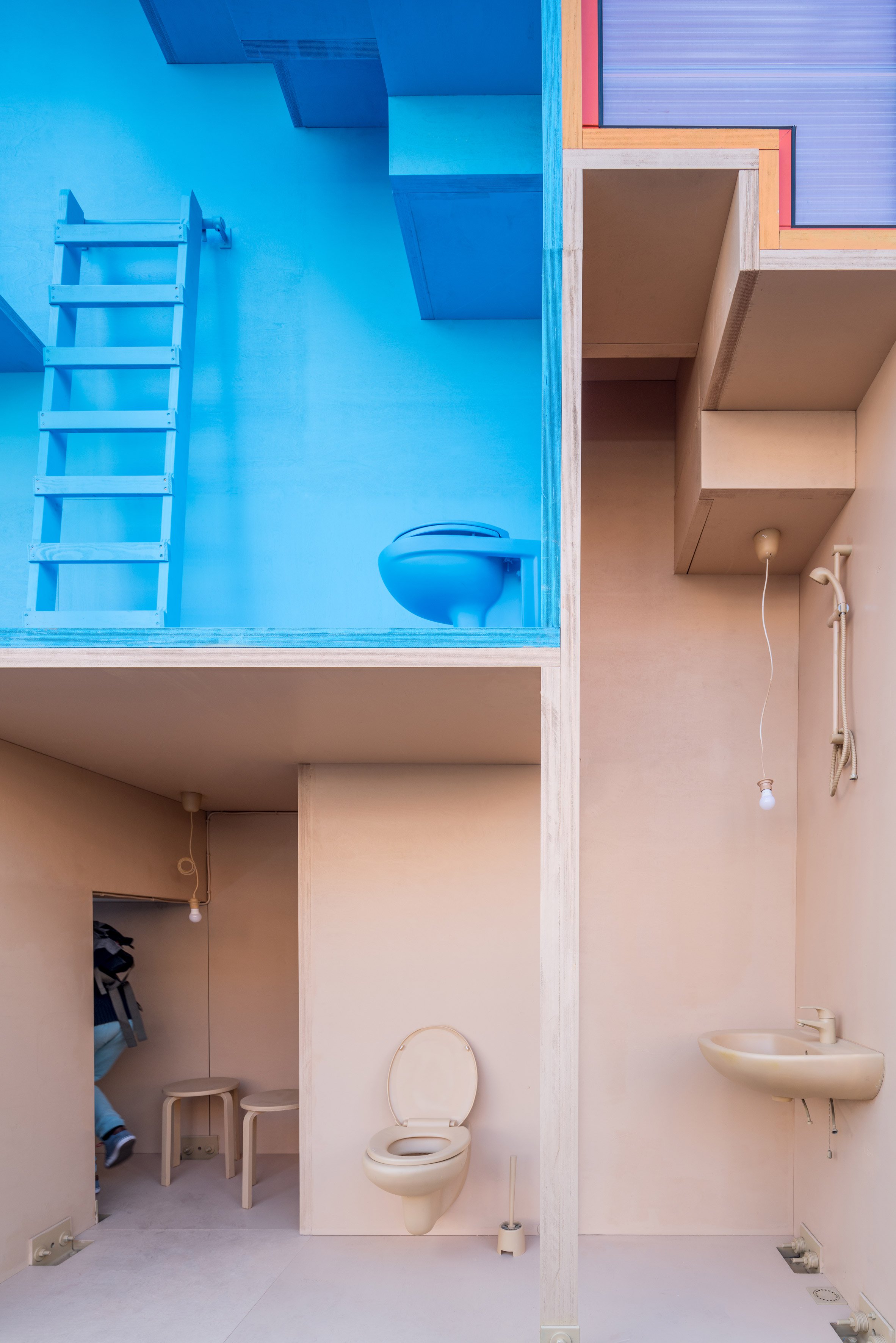 Based in Rotterdam, MVRDV is led by Maas along with Jacob van Rijs and Nathalie de Vries. The studio’s other recent projects include a plant-covered city walkway in Seoul and a tower block that resembles a giant staircase. 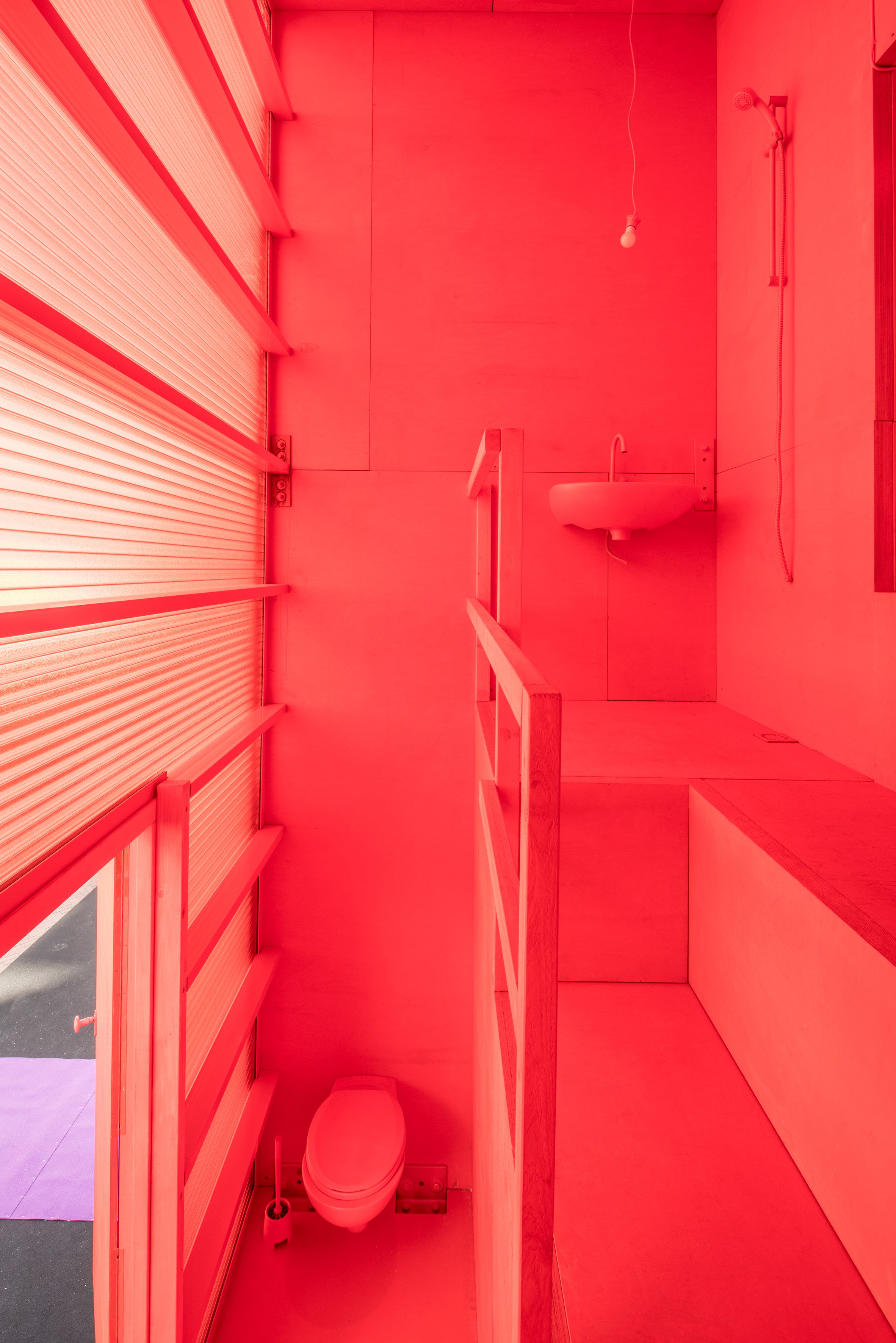 (W)ego has been erected at Markt Square and will be on show throughout Dutch Design Week, which runs from 21 to 29 October 2017. 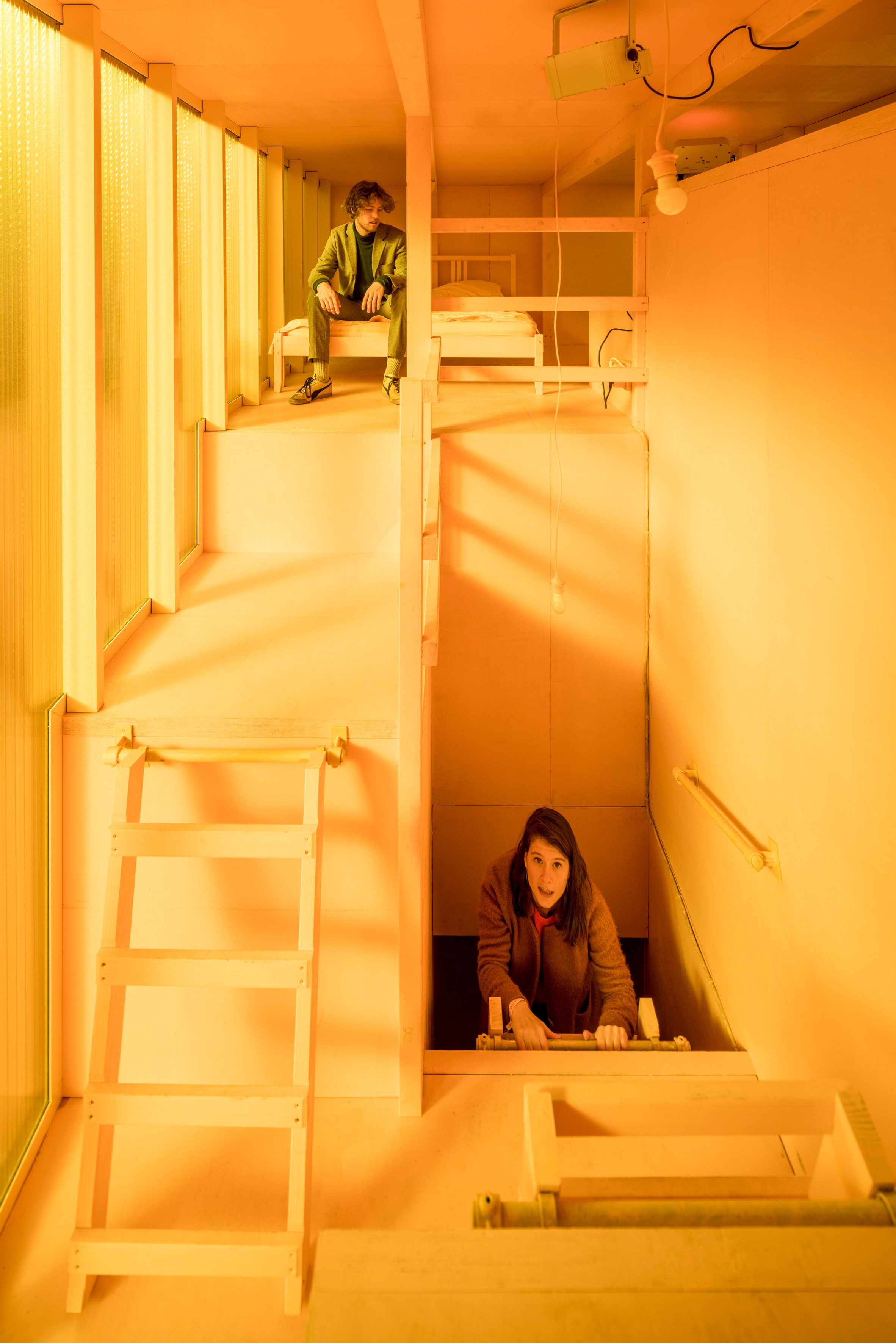 It is one of four projects that MVRDV is showing during the event, including a book that encourages architects to copy ideas from others. It builds on ideas from past Why Factory projects – particularly the Vertical Village. 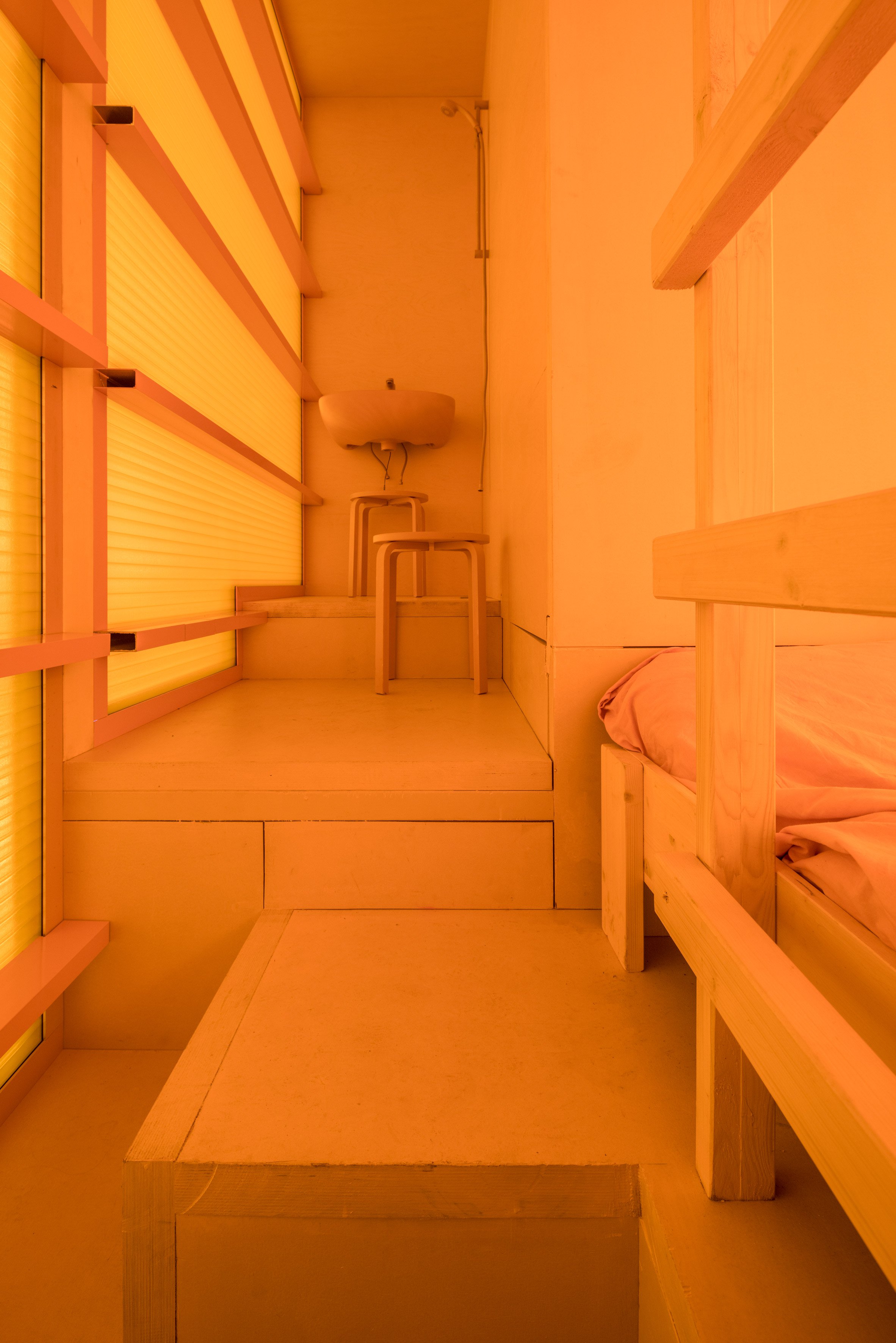 There are no plans to reconfigure the installation during the week-long event. However it is double-sided, so visitors can see two possible arrangements.

Photography is by Ossip van Duivenbode.

The work of Eric Lacombe